Salmonella is an intestinal infection in cats, including Savannah Cats.  Salmonella is a type of food poisoning and humans can get it from cats.  Humans can get it without contracting it from animals as well.  Most people are usually familiar with Salmonella due to news stories about restaurants.  They know it represents a type of food poisoning.  Most people also probably know it is associated with severe diarrhea. They may even know that Salmonella is a bacteria.  Most human cases of this infection cause fever, diarrhea, and cramping that go away on their own.  In children, it can produce more severe disease.  As with Campylobacter, young children are more susceptible. The attack is more severe because they are smaller and do not have mature immunity.  The same is true for kittens.   Adult cats are almost never affected by Salmonella infection. 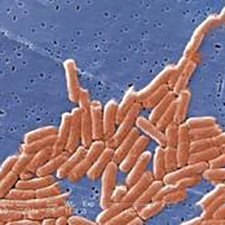 Several of the symptoms of Salmonella are like many other intestinal bacteria.

A full panel fecal PCR is the fastest and easiest way to determine the cause and treatment of the symptoms.

It has become popular to feed raw foods to cats.  The idea that a raw food diet is a more natural diet that the feline body evolved to consume.  Such a diet should be healthier than commercially prepared foods. Although the cooking of food is central to removing parasites, bacteria, and toxins from food.  There are safe handling guidelines for raw food diets. Following those rules helps to ensure a more natural diet and one free of bacteria.

Salmonella organisms are difficult to remove from the environment and easily survive 3 months in soil.  Therapy cats around the elderly or children should have PCR testing for salmonella, giardia, coccidia, and campylobacter.

There are two syndromes that associate with the bacteria: diarrhea and sepsis. Salmonella bacteria attach to the intestine and secrete toxins. The toxins produce diarrhea that can be severe and even life-threatening in the young.  If this were not bad enough, some forms can produce an even more serious “part two.” If these bacteria invade the body through the damaged intestine, causing a more widespread and much more serious infection.

Until test results are back most Veterinarians recommend supportive treatment.  Fluids, antidiarrheal and probiotics are helpful for infected cats.  Once your veterinarian diagnoses salmonella the most likely treatment will be a round of the antibiotic Clindamycin available in the U.S.  Other countries may have other treatments.

Photo courtesy of the CDC